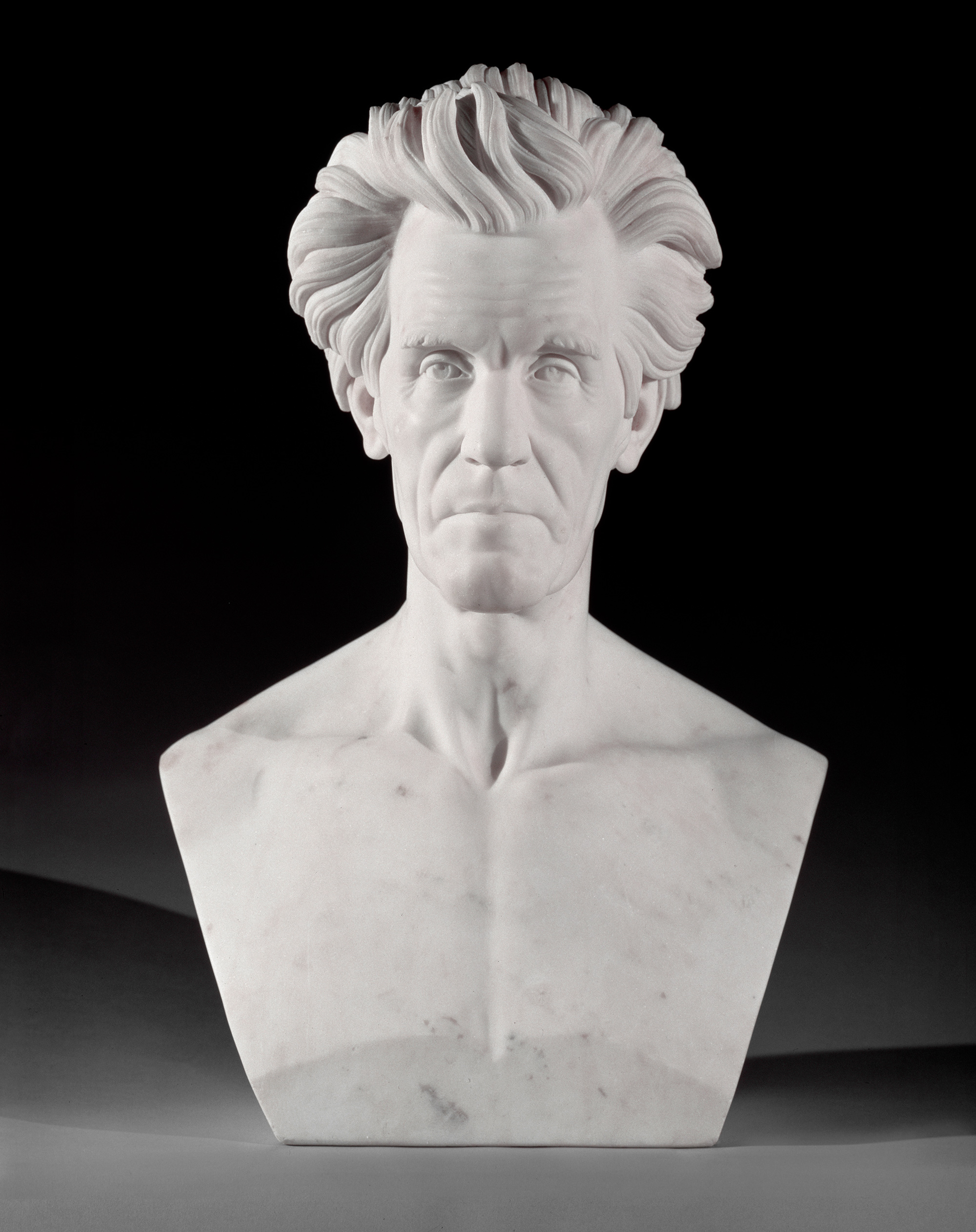 The 1828 presidential campaign was brutal for Jackson, as supporters of Adams accused him of being a tyrant who would use his position to achieve Napoleonic ambitions. Though Jackson had a political advantage, his campaign aimed mostly to defend him, and promoting his programs for governmental reform and the economy were a secondary effort. Jackson called Adams an elitist who wanted to increase government in order to benefit the so-called “aristocracy,” Americans of enormous wealth. In the fall of 1828, Jackson won the vote, revealing that the American public preferred him because he stood for the “common man.”

Jackson never shied away from a challenge, and as president he wrestled with many. Whigs in Congress proved to be major opponents in their attempts to pass legislation which Jackson believed favored the elite, including a bill to renew the charter for the Second Bank of the United States. Consequently, Jackson exercised his veto power more than all his predecessors combined, and he was the first president to use the pocket veto. That he wielded such power so frequently troubled many of his critics. As Supreme Court Justice Joseph Story observed, “Though we live under the form of a republic we are in fact under the absolute rule of a single man.”

Yet in 1836, there was one challenge that genuinely perplexed Jackson: a budget surplus of approximately twenty million dollars. It was not the government’s function to accumulate funds at the expense of taxpayers. It would also have been deemed irresponsible to refund the money to the states or the people with instructions on how it should be spent; doing so would be seen as government interference in the lives of citizens, a practice Jackson detested more than any other. Ultimately, Jackson signed a surplus bill which would distribute the money among the states. In an election year, Jackson understood the political clout this could give his hand-picked successor, Martin Van Buren.

The only major piece of legislation passed during Jackson’s eight years as president was the Indian Removal Act of 1830.  At that time, the Cherokees, Chickasaws, Choctaws, and Creeks occupied large portions of Georgia, Alabama, Mississippi, and Tennessee. Jackson’s Indian Removal Act facilitated the forced displacement of these Native Americans from their tribal lands. In what is today known as the Trail of Tears, members of the Cherokee Nation were rounded up and transplanted westward by military force in 1838 under Jackson’s successor Martin Van Buren.

In the genre of presidential portraiture, Andrew Jackson has been one of the most portrayed chief executives in history, reflecting his stature as a military hero and an authoritative leader. Political cartoons of his administration survive as a critical gauge of Jackson’s use of power and sense of national purpose. Caricaturists in particular have satirized every facet of his political agenda, including his promise to cleanse government of corruption, his fight to kill the National Bank, his Indian Removal Bill, his “Kitchen Cabinet” of advisors, and the grooming of his successor, Martin Van Buren. In retirement, Jackson would continue to inspire commentary; an 1840 article on the occasion of the Silver Jubilee of the Battle of New Orleans opined, “What a wonderful man is Andrew Jackson!... the iron man of his age—the incarnation of American courage.” 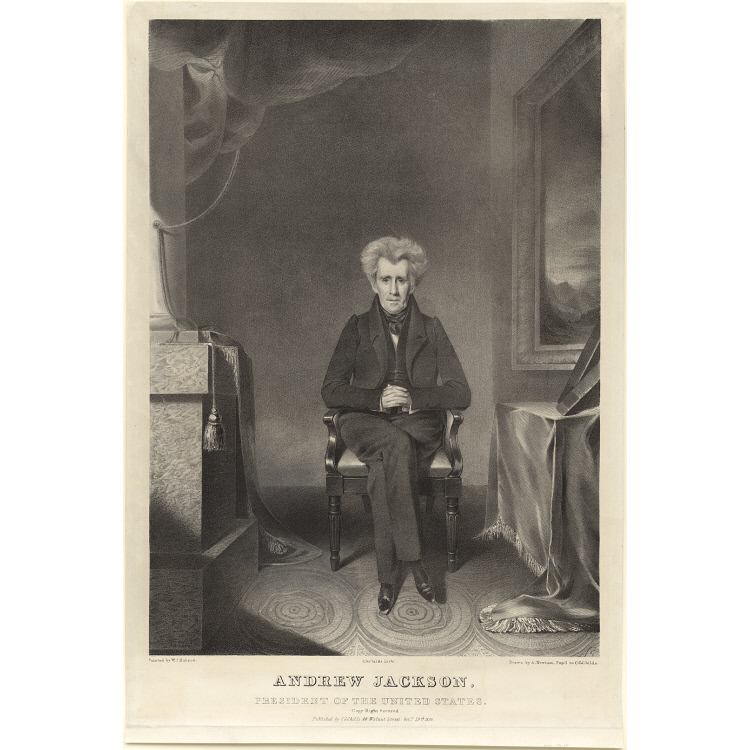 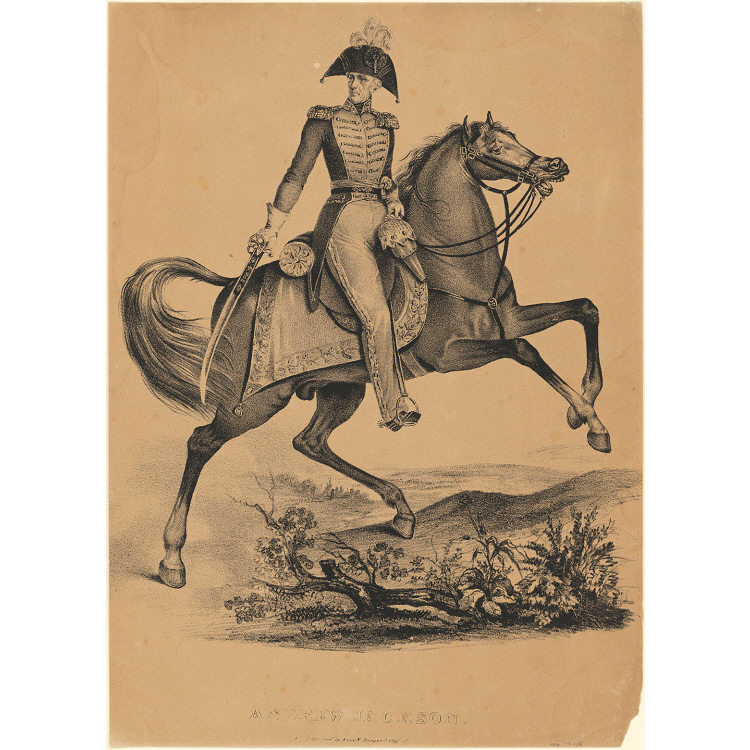 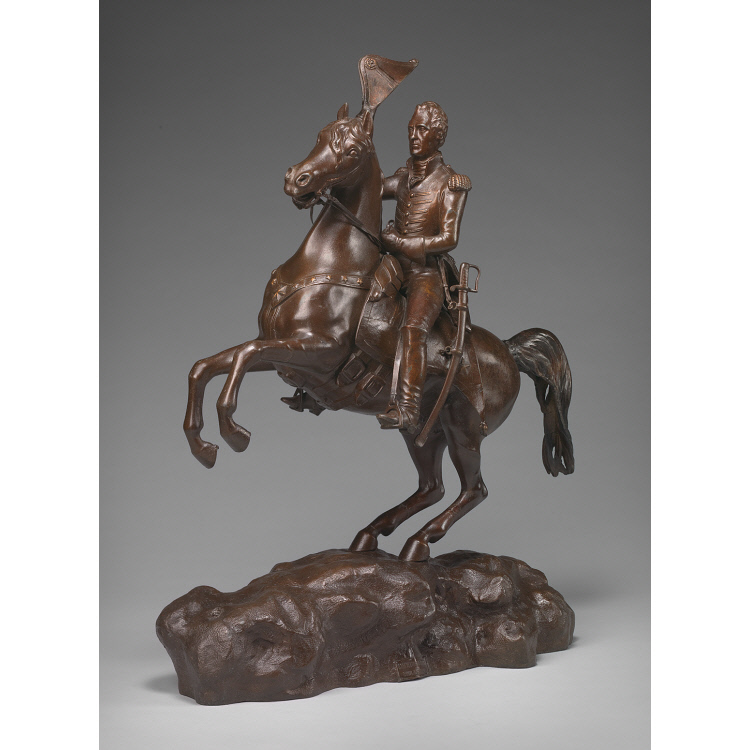 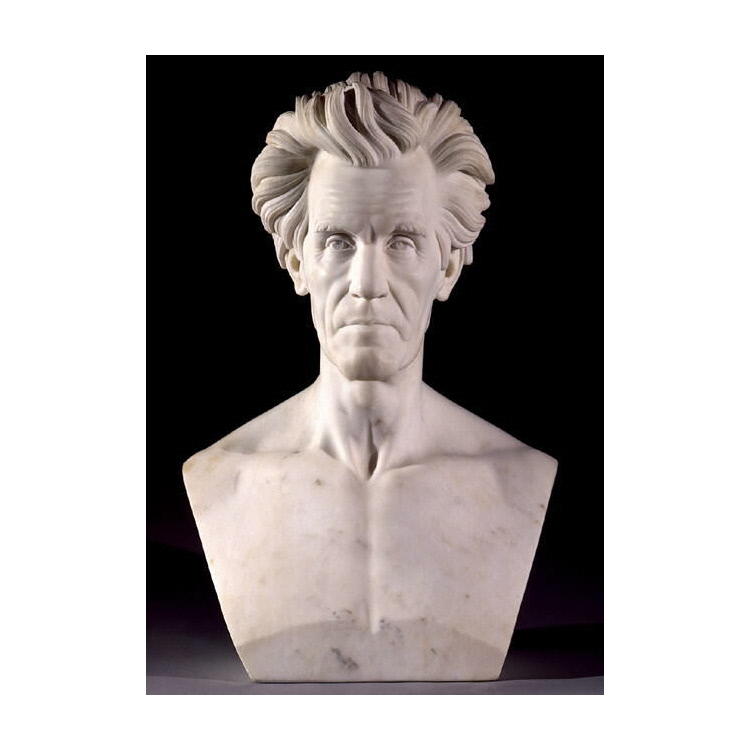 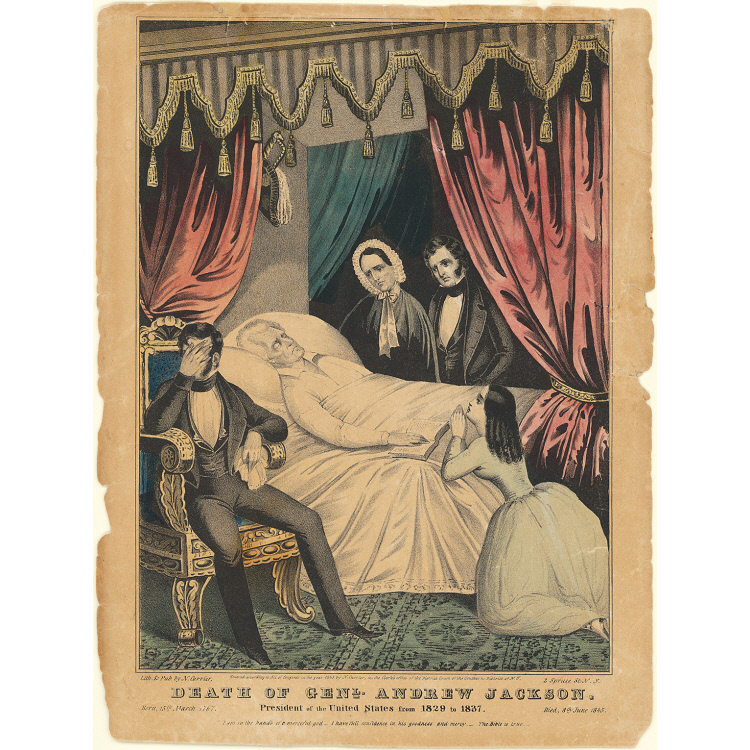