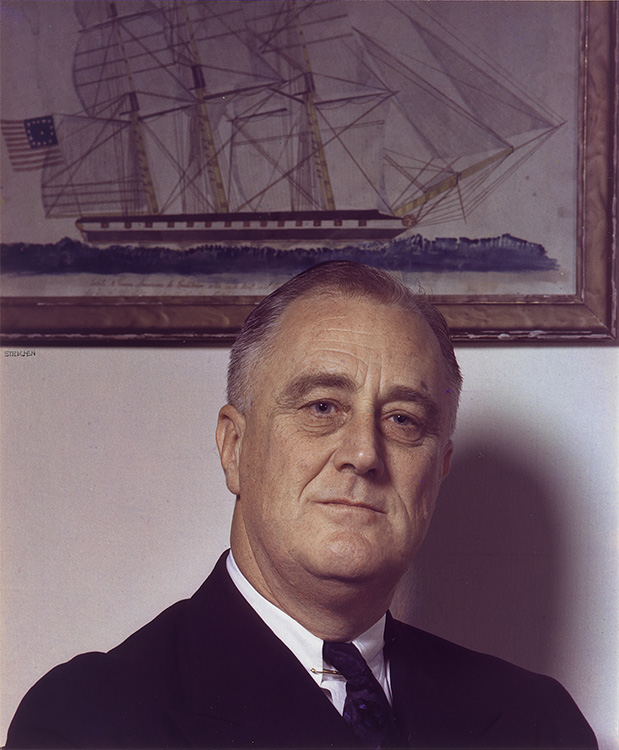 In 1932, the topic of highest importance to Americans was the Great Depression, giving Democrats an advantage in securing their place in the White House. The incumbent, Herbert Hoover, was unpopular to the point that Roosevelt’s campaign strategy was simply not to do anything that would distract from that unpopularity. Roosevelt’s campaign introduced Americans to the New Deal that would become his signature government reform, one promising that government policies would help Americans emerge from the economic depression. Four years later, Roosevelt held up his New Deal as the best option for the American citizen. In 1940, Roosevelt broke the tradition set by George Washington by running for a third term. The advent of Nazi Germany sealed his determination to seek the presidency again, despite the disapproval by many of this break with tradition.

Franklin Roosevelt was elected president in the aftermath of the worldwide financial crisis triggered in part by the Wall Street Crash of 1929. The Great Depression soon achieved a depth and duration unparalleled in modern economic history. Roosevelt could offer little in the way of programmatic or governmental solutions to confront this massive challenge. His economic plan was not much different than that of the defeated Herbert Hoover. Indeed, he initially advocated a balanced budget, precisely the wrong remedy for a crisis which would ultimately be ended only by the governmental spending of World War II. What Roosevelt could offer was a fresh, ebullient, and unflinching voice in confronting the trials of the 1930s. As he said in his first inaugural address, “We have nothing to fear but fear itself.” In office, Roosevelt was a pragmatist and would try anything to end the economic crisis and alleviate the misery of a suffering nation. Many of his more activist executive programs—the so-called “Alphabet Soup” of new federal agencies—were only palliatives, and some of his actions were struck down by the courts as unconstitutional overreach. He persevered despite those setbacks, and the effect on the history of the presidency was to set a precedent of ceaseless executive action and personal intervention by the chief executive. After Roosevelt, no chief executive could ever again passively watch events unfold.

The second act in the long running drama of the Roosevelt presidency was World War II. He broke the presidential two-term precedent when war broke out in Europe, famously saying “You don’t change horses in midstream.” Roosevelt helmed the government during the prologue to America’s involvement, the declarations of war in 1941, and through the prosecution of the war to final victory in 1945, although he would not live to see the surrenders of Germany and Japan. Domestically, FDR switched from “Dr. New Deal” to “Dr. Win the War,” organizing the armed forces and establishing America as the arsenal of democracy. Diplomatically, his big power summits with Churchill and Stalin set the parameters of both wartime cooperation and the post-war world.

As with Lincoln, the other great wartime president, it is difficult to adequately sum up the achievements of Franklin Roosevelt. Like Lincoln, he was a canny and powerful politician who used personal charisma and an iron will as a basis for the expansion of executive power. His creation of new governmental agencies was unprecedented and set the stage for later presidents to take on added responsibilities and work both within and around the federal bureaucracy. Roosevelt’s impatience with precedent led to his major political misstep, the “Court Packing” bill of 1937. Angered by the Supreme Court over rulings limiting his New Deal programs, he proposed expanding the Court, “packing” it with friendly justices. Roosevelt’s high-handedness convinced die-hard opponents that he was a threat to the government and even to democracy itself. In truth, Roosevelt’s plan was simply an example of his pragmatism, and he quickly moved on once it was defeated. During the Depression, Roosevelt directed the resources of the government toward helping the American people, solidifying the contours of the modern welfare state that had been gestating since the end of the 19th century. And during the war, Roosevelt provided a model for the engaged and activist chief executive, overseeing everything while allowing his subordinates to do their jobs.

Roosevelt is the major influence on the office of the presidency during the 20th century, creating the model of the engaged executive that continues to the present day. Once coequal with the other two branches of government, the presidency was ascendant by the second half of the 20th century, outstripping its congressional and judicial rivals. Stylistically, Roosevelt’s mastery of mass media—first radio and then film and newsreels—presaged how chief executives could use the media to speak directly to the American people. FDR’s “fireside chats” in particular endure as a model of astute presidential messaging. Politically, Roosevelt’s New Deal coalition of northern urbanites with southern whites was held together by the force of his personality and his control of the government, including patronage run by Democratic bosses. This coalition would dominate politics for much of the postwar era, and its political fracture over issues of race would not occur until the Nixon administration. Despite rhetorical differences between liberals and conservatives, there has been little divergence from the template set by Roosevelt in terms of state intervention in the private sector, including business regulation and social welfare legislation. American liberalism as a defining ideology of our society was codified as governmental practice under Roosevelt. 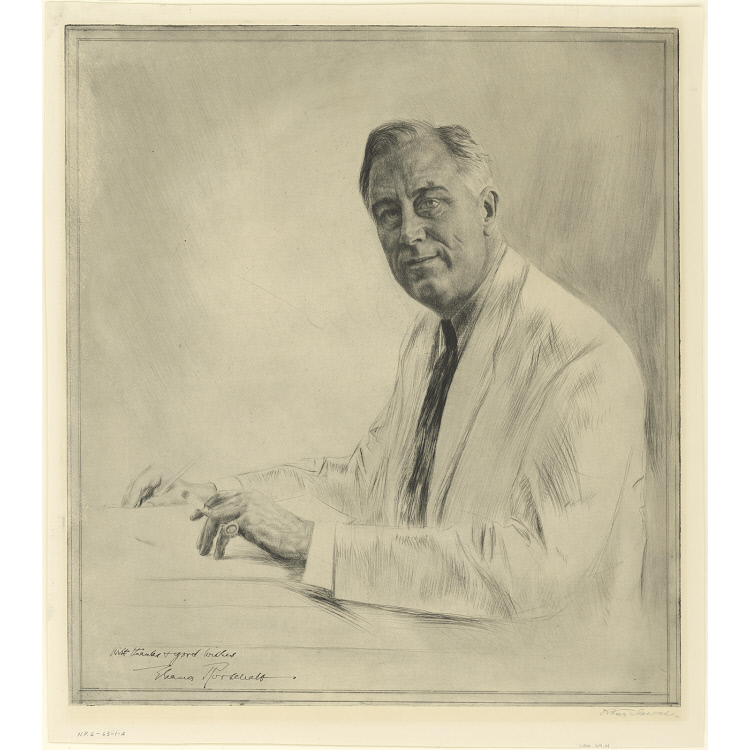 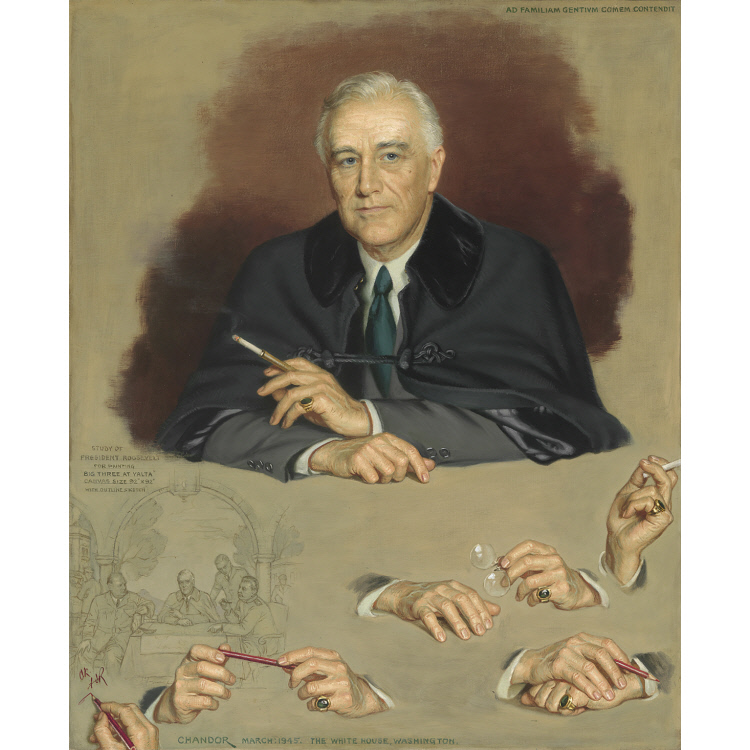 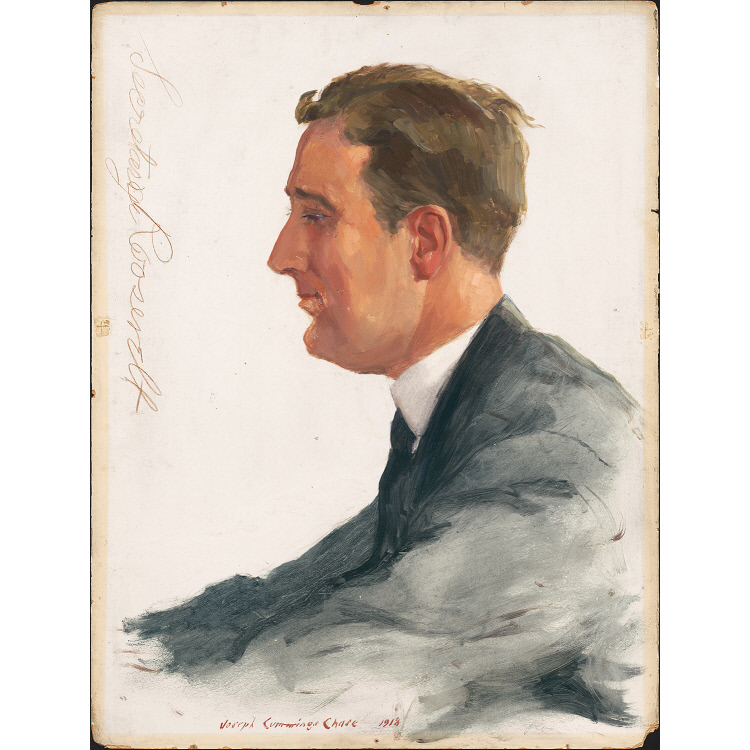 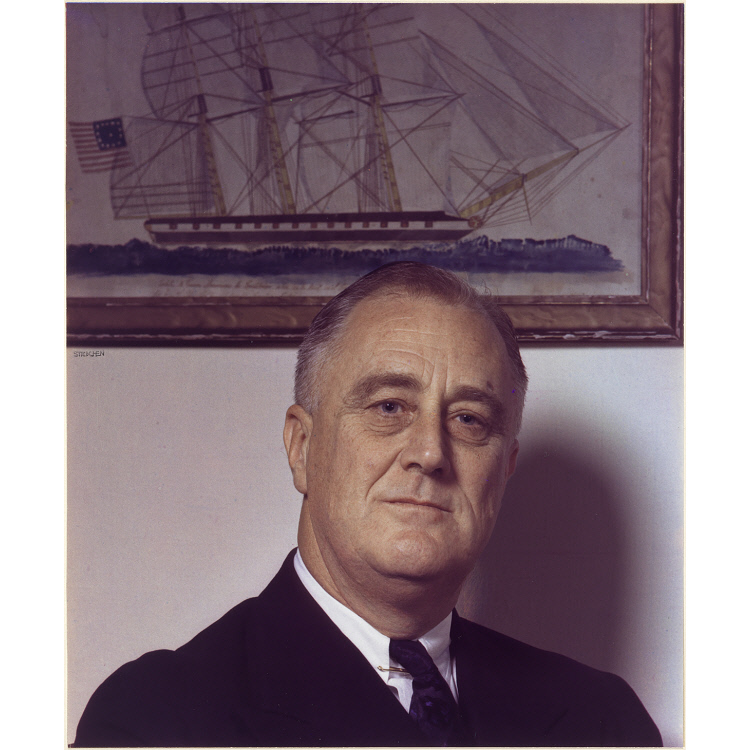 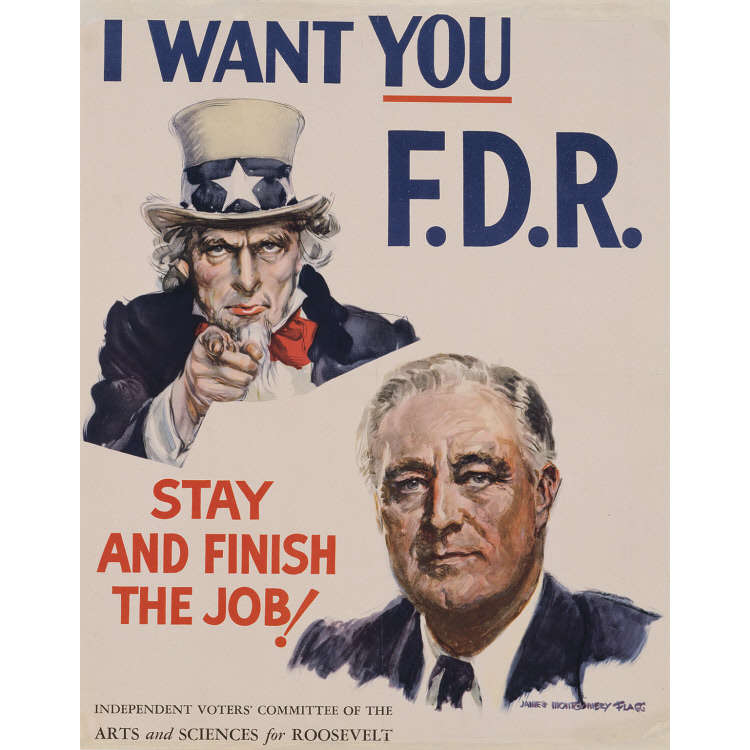 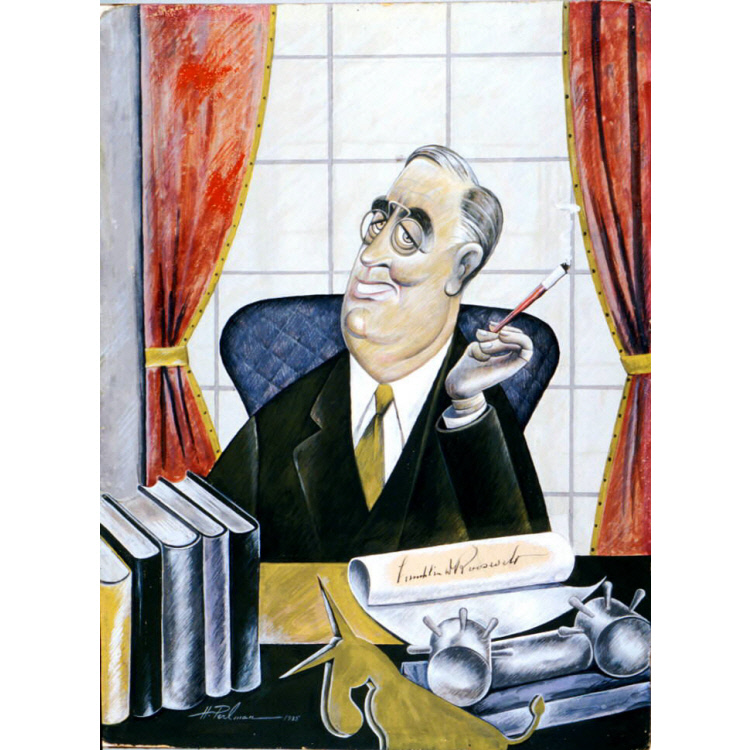 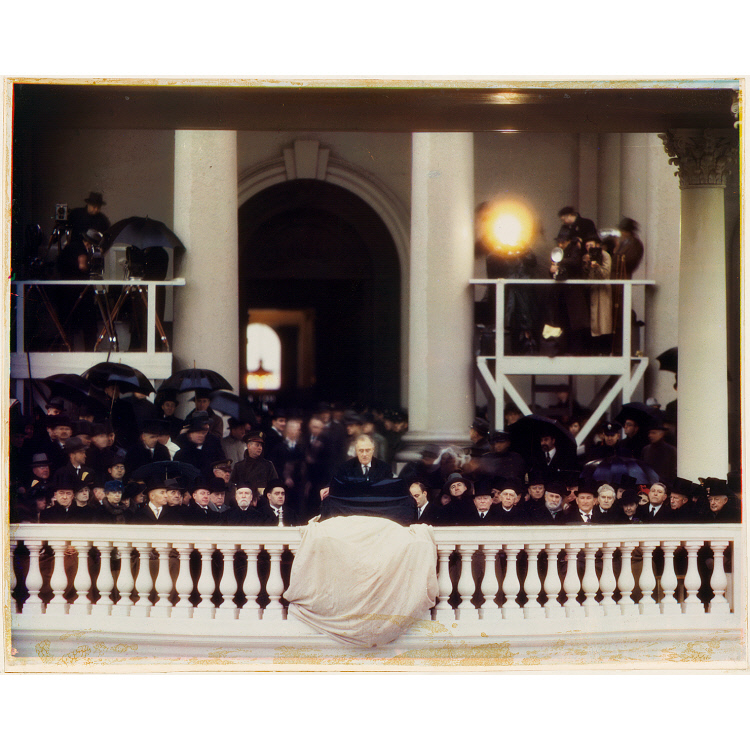 Churchill, Roosevelt and Stalin at Yalta