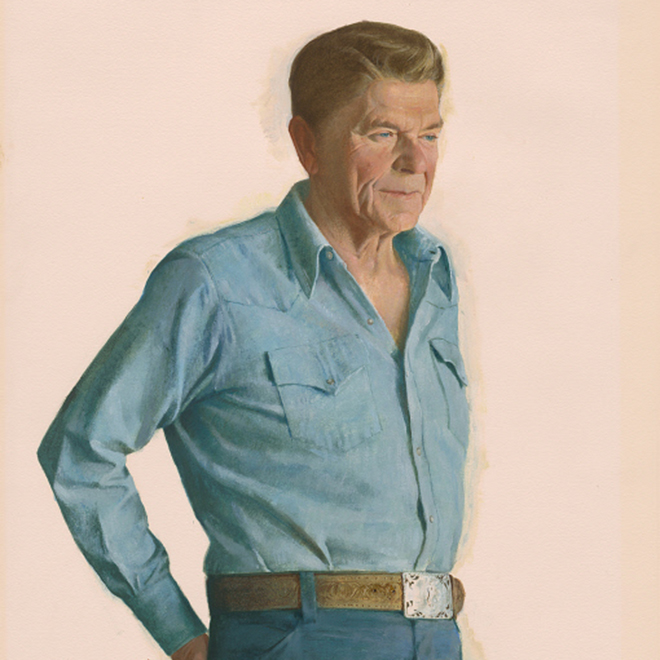 By 1980, the country was tired of the Democratic Party and facing problems such as inflation, unemployment, and oil shortages, in addition to a hostage situation in Iran in which more than 50 Americans were held captive by radical Muslims, scaring Americans even more. These challenges combined to make the Democratic Party seem weak, and the public sought change from incumbent president Jimmy Carter. Reagan struck a positive note with his ideas for America’s future, and in the spirit of colonial American John Winthrop, he identified the US as a “shining city on a hill” with incredible potential. Once elected, Reagan made it clear that his objectives were to cut taxes, fight communism, reinforce national defense, and slow the growth of government. Reagan defeated Carter in the 1980 election, winning 50.7% of the popular vote and 489 electoral votes to Carter’s 41% and 44 electoral votes.

Ronald Reagan took office with the nation suffering a crisis of confidence. The United States faced key domestic and foreign policy challenges during the Carter Administration—most notably, the Iranian Revolution, the holding of American hostages in Tehran, and the ongoing energy crisis. The failed attempt to rescue the hostages in the tragic Desert One fiasco seemed only to confirm an America mired in a post-Vietnam, post-Watergate malaise. While Reagan’s nationalism and warmth helped change the national mood, he also faced structural economic problems and strained relations with the U.S.S.R. that occupied most of his two terms in office. Reagan sought to reduce the size of government, a goal which included reducing the authority of unionized federal workers, and he also oversaw a massive military buildup, including the never-implemented “Star Wars” missile defense system, that contributed to the Soviet Union’s sudden implosion.

A former actor and governor of California, Ronald Reagan was a formidable politician whose rise exemplified the shift in American demographics to the west. Within the Republican Party, his ascension marked the revitalization of the conservative western wing of the party that many thought had faded with the defeat of Barry Goldwater in 1964. As president, Ronald Reagan challenged many of the liberal programs that had dominated the federal government since the New Deal, and throughout his presidency he strove to cut the size of government. He unapologetically reduced social welfare programs and encouraged a conservative social ethic regarding the role of religion in public life and reproductive rights. However, his conservative stance led him to largely ignore the AIDS crisis. In foreign policy, Reagan guided the United States through the end of the Cold War as the Soviet Union imploded, and he established a new working relationship with the post-Soviet Russian leadership.

Ronald Reagan is one of the most fascinating political figures of the 20th century. His transition from actor to conservative activist to governor to president illustrates how popular culture and mastery of mass media can influence political careers. A Californian, Reagan also showed how the political center of gravity was shifting westward. He embodied the rebound of conservatism after the 1964 defeat of Barry Goldwater, running on a platform distrustful of government action other than within the arenas of foreign policy and the military. Reagan took office with a program of reducing the size and scope of government while standing firm against the Soviet Union and leftist insurgencies elsewhere in the world. Reagan could strike a graceful pose, as in his remarks after the space shuttle Challenger exploded in 1986. His adamant nationalism and sunny personality made him much admired, but these qualities also allowed him to escape the negative consequences of the failures that occurred on his watch, such as the Beirut bombing, the Iran-Contra Scandal, and his administration’s passivity in the face of the growing AIDS crisis. 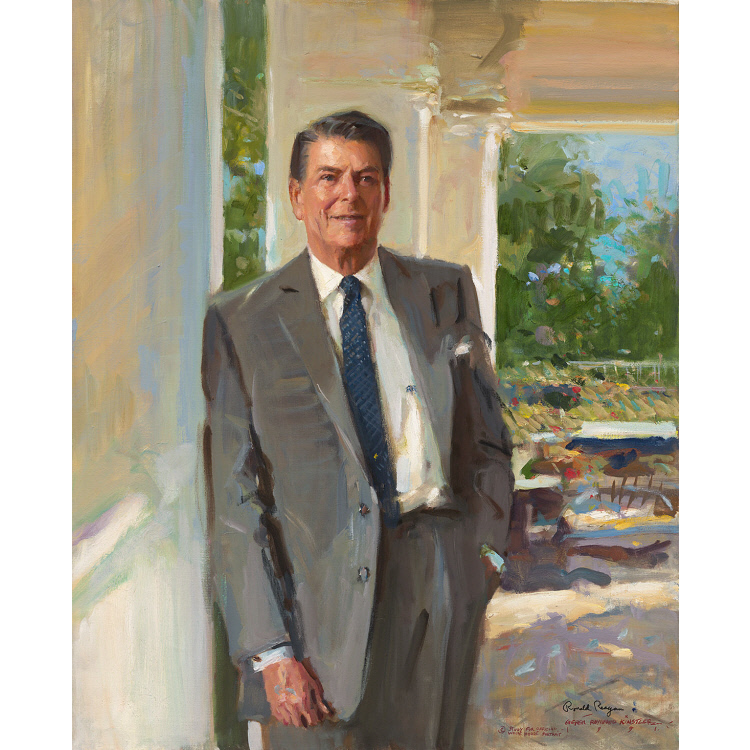 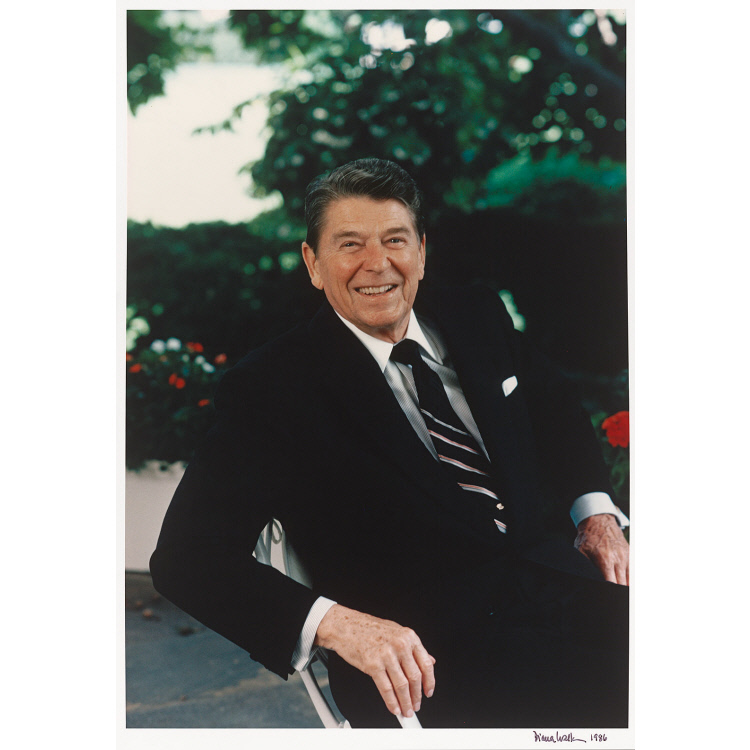